A Reflective Perspective: The Whys and Wherefores of Metro Overheating 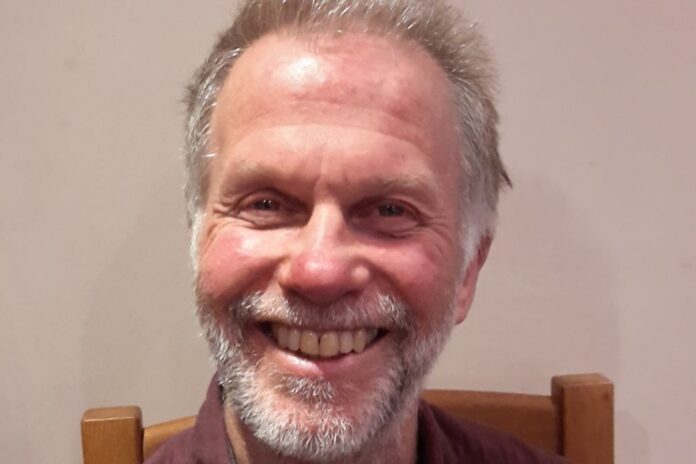 Calvin Barrows has written an article for railbusinessdaily.com about the root cause(s) of overheating in certain metro systems, using London Underground’s ‘Tube’ Network as an example.

Calvin is a Chartered Engineer, latterly retired. His work focused on forensic engineering, to establish the mechanisms of structural and mechanical failures; then continuing as an engineering manager, within the rail industry.

Sylvia Telatycka is co-author and linguist, who with Calvin runs a small but successful property development and rental business.

“This guest article aims to encourage a wider discussion around our hypothesis as to the root cause(s) of overheating in certain metro systems, using London Underground’s ‘Tube’ Network as an example.

Rather than go into complicated thermodynamic formulae to demonstrate the credible science upon which this theory is based, we have described in simple terms the comparable heat generation and heat exchange processes at work, to clarify how these affect this historic Tube network. This is important because, in the earliest days of the London Tube, overheating was simply not an issue…. but WHY….?

In the first instance, we need to understand clearly what the problem is. Paraphrasing Charles Kettering: a problem well defined is half solved and mindful of that, we took the basic premise of the Tube overheating and framed a series of questions to help identify the problem.

1. When does overheating happen?

4. And why are these questions relevant to London’s network?

5. How can this overheating be mitigated?

Few would disagree that the Tube overheats but understanding WHEN and WHERE it happens is most revealing. In winter passengers mainly travel bundled up in their winter coats and the saloons are heated. In summer, heavy clothing is shed – indeed some passengers have been known to travel in swimwear.

In the above graph i, London’s mean surface ambient air temperatures, averaged over a 30 year period, show a clear increase from approximately -5°C in the winter to around +30°C in the summer.

In the course of our research we looked at different types of rail networks, categorising them as follows because they all perform differently in relation to overheating:-

3. Metro train networks – which run both overground and underground.

Underground-only networks like Glasgow’s or Warsaw’s are not affected by the overground conditions, so there is little seasonal variation in train and network temperatures. Their ambient underground temperature remains about 16°C – unlike the wide temperature range the TfL data above show for London’s Tube network. Underground-only networks irrefutably demonstrate that operational heat such as braking, being generated year-round, is NOT a significant cause of metro networks overheating. Furthermore, since passengers are not being exposed to overheating they remain comfortable and safe.

Overground-only trains are cool in winter and therefore heated. However, in summer they will overheat, unless they are proactively cooled, usually by air-conditioning, though AC deals with the symptoms, not underlying causes, and it is environmentally unfriendly. Whilst AC is technically sound as long as it can discharge the exhaust heat to free air, if it does not work for some reason…. What then? There have been at least three incidents over the last 15 years where power failures compromised the AC, triggering saloon temperature rises to 46°C; with distressed passengers fainting from heat exhaustion, and others desperate enough to smash windows and even to try and break through emergency doors.

Which brings us neatly to MIXED metro networks like London’s Tube, which run both overground and underground, to see why this overheating is NOT restricted to the overground areas of these networks. The reason behind this apparent contradiction is that these mixed networks are, thermodynamically speaking, open systems – ones that freely exchange energy and matter with their surroundings – where:-

1. The free exchange of energy is a regular transfer of air in and out of the tunnels; and

2. The free exchange of mass is a regular travel of hot, loaded trains in and out of the tunnel.

TfL engineers continue to focus on ‘base load’, aka the operational heat, which by definition is year-round, so this can never explain the seasonal nature of the problem. Saloon AC is not a viable solution here, expelling more heat into an already overheated tunnel. We need to be thinking more holistically: rather than the ‘Cooling the Tube Project’ it should be the ‘Cooling the Whole Tube Network in the Summer Project’.

Clearly the root cause of this 100+ year old seasonal problem is the SUN. However, its sheer power to affect every aspect of a network like London’s Tube has been significantly underestimated. In a thermodynamic nutshell:-

1. Radiation from the sun is short wave energy in the form of light, which on striking the earth or a solid object increases their internal energy.

2. This internal energy is in the form of heat and is then re-radiated from the surface of the earth (and solid objects) as long wave heat energy, which in turn warms the ambient air.

The unintentional consequence of the above process in a thermodynamically open system is that hot ambient air plus heat from solar irradiated trains travelling on the surface is carried into the tunnels.

In the context of mixed metro networks, when overground, all external surfaces of the train exposed to the sun, including wheels and bogies, are being directly irradiated. Like any heat conductive surface, the irradiated train body get hot. The sun’s shortwave radiation readily shines through the window glass; then striking the internal surfaces is converted into heat within those materials. However, heat being longwave radiation and, struggling to pass back out through the window glass, is trapped – an unintended ‘greenhouse’ effect. Finally, the undercarriage components consist of massive chunks of metal – usually black – with the ability to absorb immense amounts of heat.

Furthermore, while rail buckling is a familiar problem, the knock-on effects of the sun on the track beds have never really figured in the context of the network overheating. The whole of the track bed including the rails is absorbing and reflecting heat. So, when trains pass over it, this heat is then reflected outwards and upwards into the wheels, bogies, underside of the carriages, the brakes and traction motors. These get super-heated, not so much through operation, but principally because they are in an overheated environment.

The above concept graph predicts the build-up of solar irradiation acting on a train, starting early in the day and repeatedly travelling (in this example) the length of the Central Line. The train is irradiated when overground and dissipates a large proportion of that heat load during the underground sections of the journey. However, each irradiated train movement passing throughout the entire network compounds the effect of previous trains, elevating tunnel temperatures even more as the day progresses – rudimentary monitoring has shown saloon temperatures overground typically increase by up to 6°C in 30 mins between Leyton and Epping around 4.30-5.00pm on a summer afternoon.

While the piston-drag effect as the train passes in and out of the tunnel portals will draw in hot ambient air, probably contributing a small amount of heat to the underground sections, compared to the storage-radiator capacity of the train itself, cumulatively dissipating within the tunnel, it is unlikely to be that significant.

Having identified the root causes of overheating and the contributing factors, the task of managing the overheating in the tunnels is actually quite simple – deal with the overheating of the trains on the surface BEFORE THEY ENTER THE TUNNELS.

There are four obvious radiant barrier measures. These are solar-reflective paints (typical surface temperature reductions of 20⁰C) and Low E glass (absorbing some 80% less solar radiation than standard glass), both of which could be easily retroactively applied to existing trains and become the standard for new rolling stock. Then there is green planting on tracks, with its low heat absorption properties compared to ballast and rails. Once in place maintenance costs should be minimal and the benefits considerable. Lastly effective stabling of off-peak trains, providing appropriate solar shade AND ventilation, is imperative.

In conclusion, and most importantly, it should not be forgotten that overheating saloons will adversely affect passenger health and safety. In London’s Tube, this problem would be exacerbated in a ‘stalled-train event’ underground. Passengers overheated in a carriage, within an overheated tunnel, is a potentially fatal matter, especially when temperatures rise, as they often do in summer, to 40°C or higher and where passengers can do nothing but wait until LU staff can direct their escape.”

Claim your FREE copy of the User’s Guide Transportation

The announcement by the UK Government in November of a revised plan for Rail in the North of England was met with less than...
Read more
Guest Writers

David McLoughlin: Here to support you in 2022

I wish you a very Happy New Year from the Rail Business Daily team and myself. I hope you’ve all had a restful and enjoyable...
Read more
- Advertisement -