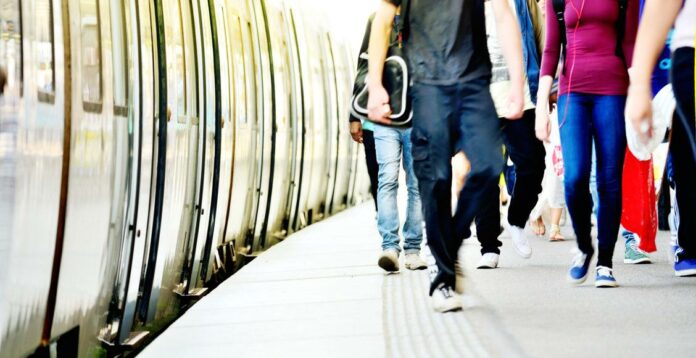 Click here to listen to the latest rail news on Monday, 20th June 2022

Travellers are facing reduced train services across England, Scotland and Wales this week ahead of the biggest rail strike in 30 years.

The BBC reports that last-minute talks between unions and rail bosses are set to continue today ahead of planned walkouts on most major lines on Tuesday, Thursday and Saturday.

Disruption is expected on non-strike days due to low staff numbers and Network Rail says passengers should only travel by train if necessary.

The Railway Industry Association (RIA) has written an open letter to the Transport Secretary and Mayor of London urging them to come together and agree a multi-year deal for Transport for London (TfL).

RIA says the current short-term approach to TfL funding “not only impacts services, but also hits jobs, skills, innovation and investment around the UK’, and has appealed for a multi-year settlement that can support vital upgrades to the capital’s transport network.

The existing four-month funding deal is set to expire on Friday 24 June.

Plans to reopen a railway station in County Durham have been boosted after it was named one of nine projects to progress to the next stage of analysis, the BBC reports.

Durham County Council submitted a business case to the Department for Transport (DfT) for a new stop at Ferryhill to take passengers into Teesside via the Stillington line, which is currently used for freight rail.

The proposal is looking to secure £500m funding from the government with further detailed analysis now set to be carried out by Network Rail.

Finally, The National Railway Museum is set for a leading role in a new series appearing on national television this summer.

“Cleaning Britain’s Greatest Treasures” will be showing on More4 and follows the museum’s conservation team as they clean and maintain the NER / LNER Dynamometer Car and Queen Victoria’s famous LNWR saloon carriage.

Narrated by Sheridan Smith and set to air in July, the series follows the work of some of Britain’s army of dedicated conservation cleaners, with other filming locations including stately homes, historic churches and museums.

That’s it for today’s round-up. For the latest in rail news, visit news.railbusinessdaily.com.