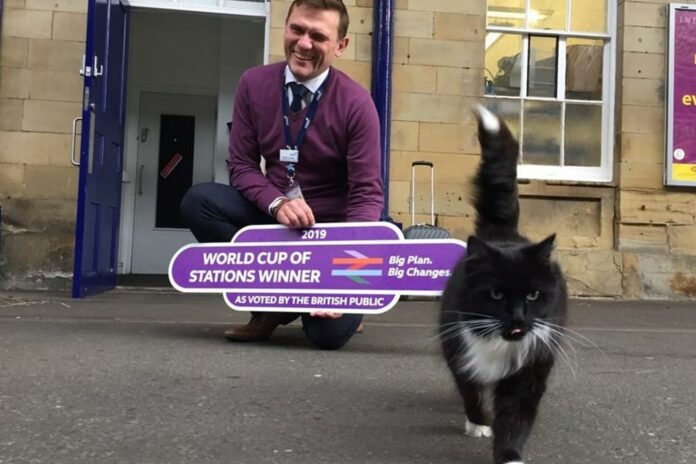 Communities across Britain are being urged to get behind their local railway station this week as towns and cities compete in an online poll to be crowned winner of the 2020 World Cup of Stations.

With sports fans having been denied their usual fix during much of the COVID-19 pandemic, the World Cup of Stations, returning for its second year, will give people the chance to cheer on their local station.

The competition will see 48 stations large and small representing each region of the country competing in a series of online polls starting today. Regional and national heats are sure to stoke local rivalries. By Friday, the competition will have been whittled down to a final four with one of Britain’s 2,579 railway stations named the nation’s favourite on Friday evening.

A Cinderella story unfolded last year when Huddersfield saw off competition from some of the country’s biggest and busiest stations, including local juggernaut Leeds. Following a spirited campaign fronted by the station’s Senior Pest Controller, Felix the Cat, they defeated Birmingham New Street, Bristol Temple Meads and Wemyss Bay in the final to be crowned 2019 champions

Andy Croughan, Station Manager of Huddersfield station said: “We were definitely outsiders last year but after a groundswell of support from fans and a firm paw from Felix we ran away with it. It was heartening to see how much the station means to the local community and while we’ll be in it to win it again this year, we know that as reigning champions we’ll have a target on our back.”

The competition comes as stations up and down the country welcome more people back to the railway supporting communities and local businesses as Britain emerges from the pandemic. Station staff are working hard to ensure stations can play their full role supporting Britain’s recovery from COVID, keeping people connected and boosting regional economies.

Robert Nisbet, Director of Nations and Regions for the Rail Delivery Group said: “The World Cup of Stations is about celebrating the thousands of stations across the country many of which have been at the heart of their communities for more than a century. It’s also about recognising the friendly local faces who have kept key workers moving throughout the pandemic.As Britain gets moving again, their role in supporting local businesses and spreading opportunity is more important than ever.”

Persistent rumours that King’s Cross might miss this year’s tournament with engineering works were dispelled over the August Bank Holiday when Network Rail progressed the multimillion-pound upgrade of track in the area. This year’s contest will also see the debut of Glasgow Queen Street, fresh off a £64m refurbishment, and Crewe which makes its first appearance for Avanti since it’s transfer in December. Post-match analysis will take place at the conclusion of each day of voting led by a bevy of railway experts and station enthusiasts.

Historian and presenter of UKTV’s ‘The Architecture The Railways Built’ Tim Dunn said: “Station-fans, assemble: it’s time to do battle. Pick your station but pick it well – ’cause this is a game of 48 sides and 200+ platforms, yet only one can return triumphant and take home that much-coveted trophy. Your local station squad needs you – so don’t stand silent in the sidings, get out of that waiting room and cheer loud on social media platforms. My tip for chuffing to the top of the championships is old-timer Glasgow Queen Street – back on the pitch with a new spring in its step for 2020.”

New directors appointed at Transport for the North

Transport for the North (TfN has announced a new rail and roads director - Darren Oldham. He will also be coming in as the...
Read more
People

A train conductor from Leeds has received a well-deserved accolade at the young Asian achievement awards.  Zahida Sultana, 24, who has worked for the train...
Read more
People

ScotRail has partnered with train and freight operating companies across the UK to help promote a new children’s book celebrating diversity and inclusion in...
Read more