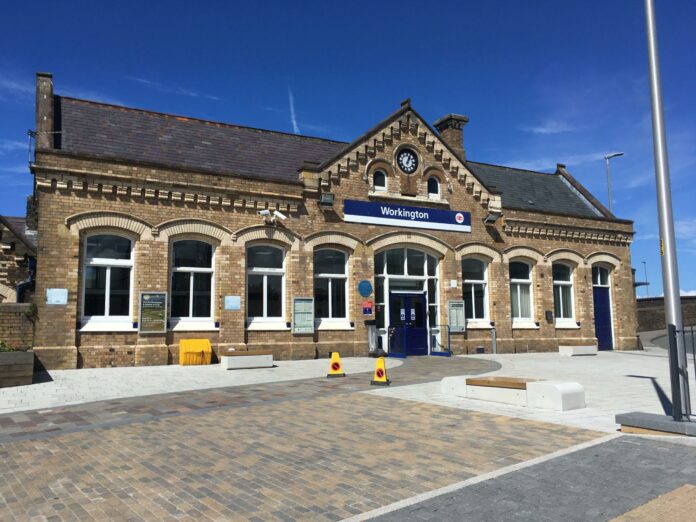 Railway stations on the Cumbrian coast, Lakes and Furness lines will be improved this year as part of a £15 million benefits package for passengers in the North.

Between now and spring, £1.2m of upgrades will be delivered at Workington, Whitehaven, Sellafield, Barrow-in-Furness, Burneside, Staveley and Windermere stations. This is to help improve the passenger experience and includes:

“Working alongside Transport for the North and Richard George, we are also continuing to drive forward a joint recovery project for performance across the north of England – focused on delivering reliable, frequent and punctual services for passengers.”

A spokesperson from Transport for the North said: “It’s really pleasing to see the work that is going into rail investment through this project now beginning to trickle directly through to passengers. This is welcome news.”

Anna-Jane Hunter, director for the north of England at Network Rail, said: “Together with our railway industry partners, we are making improvements to station facilities at Workington, Whitehaven, Sellafield, Barrow-in-Furness, Burneside, Staveley and Windermere in Cumbria to help improve passengers’ experience.

“We know that passengers in Cumbria were hugely affected by poor performance after the introduction of the May 2018 timetable. While I’m pleased to say that performance is getting much better, we know that there is still much to do.

“This investment will provide vital improvements to stations in Cumbria that commuters and visitors to the area rightly deserve.”

“We are part way through our own multi-million-pound station improvement programme and this additional cash injection will help to give rail travellers in Cumbria the service they want and deserve.

“And this year, customers will also see the first of our brand new trains introduced onto the network, giving a step-change in journeys between the Cumbrian coast and Manchester Airport.”

Cllr Keith Little, Portfolio Holder for Highways and Transport at Cumbria County Council, said: “Last year’s rail disruption had a severe impact on Cumbrian commuters and businesses. These much-needed station improvements are very welcome as is a reliable and effective service that meets the needs of passengers. I’m looking forward to seeing the enhancements over the coming months.”

The customer benefit package announced last year by the Rail minister, Andrew Jones MP, is being delivered by Network Rail, Northern and TransPennine Express at stations across the North.