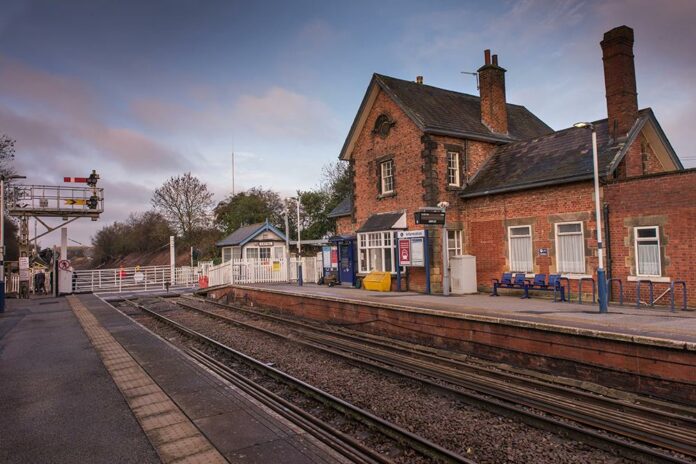 Click here to listen to the latest rail news on Tuesday, 8th December 2020

HS2’s first two giant Tunnel Boring Machines have arrived in the UK and will be ready to start work on the UK’s largest infrastructure project early next year.

The two enormous 2,000 tonne machines – named Florence and Cecilia – will now be meticulously reassembled, tested and commissioned, by an expert team of tunnelling engineers, before they start work on the tunnels.

The 10-mile-long ‘twin bore’ Chiltern tunnel will be the longest on the project, the first to start construction, with the TBMs set to be underground, working 24/7 for more than three years.

Northern Rail Industry Leaders (NRIL), a group of around 150 rail businesses located in the North of England, have published a White Paper setting out how the region can decarbonise its railways.

The report highlights that the railway network should play a key role in the Government’s ‘levelling up’ agenda and the decarbonisation of the railway can play a crucial part.

It also mentions the importance of electrification, battery and hydrogen to reduce the dependence on diesel traction.

The Christmas bubble window should be extended to include “travel days” to prevent chaos on the roads and railways, a campaign group has urged.

That’s according to an article in The Daily Telegraph, that says the Campaign for Better Transport has warned the current guidance, which says people have to do all their travelling within the five days from December 23rd to 27th, punishes those making longer journeys to see loved ones.

The group has called for the two extra travel days that people travelling to Northern Ireland are allowed on December 22nd and 28th to be extended to those also travelling long distances across Britain.

Finally, and Network Rail has completed a major £9.8 million upgrade to the rail route between Knaresborough and Poppleton which will improve services for passengers for years to come.

The upgrade has seen the signalling system modernised and the process of token signalling removed, as well as changes to the track layout at Cattal railway station.