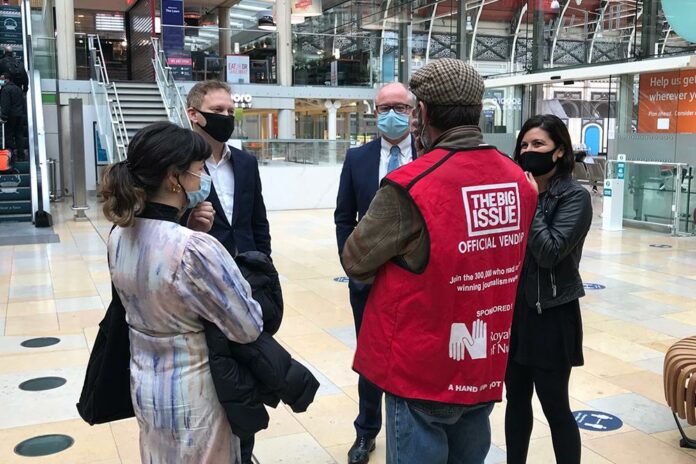 Click here to listen to the latest rail news on Thursday, 8th October 2020

Concerns have been raised over the future of the eastern leg of HS2 after ministers announced plans to prioritise the west coast route to Manchester.

That’s according to The Times, following the Department for Transport’s announcement of proposals for improvements to the line that will carry high-speed trains from Birmingham to northwest England.

Ministers confirmed that provision would be made for a rail junction south-west of Manchester that could eventually allow HS2 trains to travel across the Pennines.

However the Times said the eastern leg of the line was being considered separately.

It is part of a wide-reaching programme of efforts to support a route out of homelessness for every person sleeping rough around the rail network.

The charter sets out how it will help safeguard vulnerable people and communities.

A 12-month programme of electrical works, infrastructure upgrades and operational changes to boost reliability on a critical section of track between Liverpool station and Bethnal Green has been completed.

Known as the Golden Mile, the improvement programme by Network Rail included the replacement of 300 insulated block joints.

Finally, and D-Day veteran Horace “Harry” Billinge says he’s been deeply moved after having a train named in his honour.

His name was placed on Great Western Railway Intercity train and unveiled at a ceremony in Cornwall yesterday.

The former Royal Engineer was just 18 when he stormed ashore at Normandy during the landings on June 6, 1944.