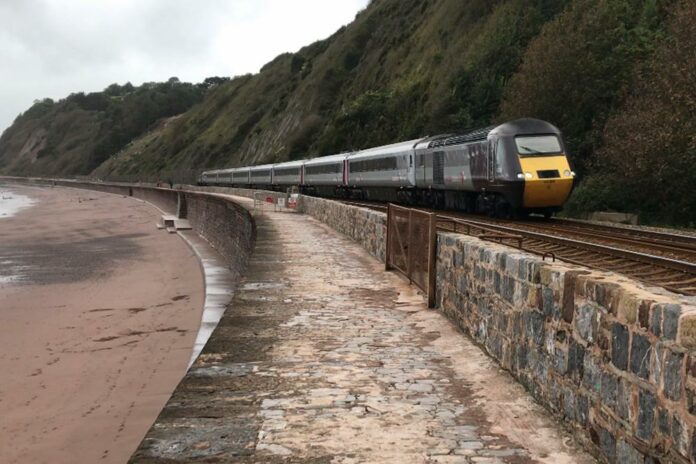 Plans to improve resilience along a vital 1.8km stretch of railway in the south west will be refined by Network Rail following substantial feedback from the community, passengers and businesses.

More than 1,600 people responded to a six-week public consultation on proposals for the line between Parson’s Tunnel and Teignmouth in Devon, which is bordered by steep cliffs on one side and the sea on the other.

The plans would see the track realigned to create space to stabilise the hazardous cliffs and protect the railway for future generations. A realigned coastal footpath would also be built, along with a new landward path and accessible footbridge across the railway.

Earlier this year, a second round of consultation on the proposals saw more than 2,840 people attend 11 community events at which a 10m-long scale model of the scheme was on display. Since the first round of consultation in 2019, the plans had been revised to retain more of the beach and improve leisure access.

Key findings from the 2020 consultation include:

Network Rail now plans to refine the proposals after analysing the 1,605 responses from the second round. The consultation asked people to provide further comments on the plans and/or give feedback on how they could be improved.

More than 2,100 comments were received on issues ranging from the construction timeline and impact on the environment to loss of heritage features and effect on the local economy.

Mike Gallop, Network Rail’s director for the Western route, said: “We would like to thank everyone who responded – we have read and reviewed every single comment. We received some good and considered feedback which can positively influence our plans, and it is important that we get this significant scheme right.

“As a result of the feedback we are now refining the plans even further with a view to then sharing these revisions with the public next year. We’ll now spend the next few months working through this detail, once we have our refined plans we will schedule a further round of public consultation in 2021.

“This means that we won’t be applying for a Transport and Works Act order to seek consent for the scheme this year as we had previously indicated in early communications. We will only proceed to this stage when we’ve done this further work and engagement.”

A summary of the consultation outcomes, along with the comments submitted, can be viewed online at networkrail.co.uk/Teignmouth.

Network Rail will also be writing to 16,000 households within the consultation boundary, with a summary of the findings.